Trans fat toxins - a menace to your heart 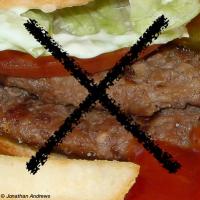 What you eat today could save your life, or could kill you. Read on because this is what I want to share with you about trans fat:

An emergency-room doctor once told me about a patient who had a heart attack. The doctor, a blood specialist, asked the nurse not to send the patient’s blood to the lab as he wanted to look at it himself so the nurse was left it on the desk.

When the ER doctor went to get the blood sample, he saw that half the tube was the patient’s blood, but the upper half was full of a bright yellow, thick oily substance.

The doctor was amazed. He asked the patient what he had eaten that day. The patient said he had just come from a fast food restaurant having eaten a large order of French fries and a hamburger -  the yellow substance in the test tube was “trans fat” a toxic, man-made chemical that does stress the heart as it clogs the arteries.

What is “trans fat’?
Trans fat is a synthetic fatty acid found in partially hydrogenated oil. It is not present in either animal or vegetable fats. Avoid foods labeled with “hydrogenated oils” or “vegetable shortening”. Tran fats raise LDL, or “bad” cholesterol, and lowers HLH, or “good” cholesterol.

The reason why trans fat is so dangerous to you is that it is completely unnatural man-made fat that prevents your cells from working properly.

So it only makes sense to avoid eating foods containing trans fat. Not so easy because it is still found in most processed foods.

Trans fat is nothing new
Surprisingly, the dangers of trans fat have been known for some time. Back in 1957, Dr. Fred Kummerow, now at nearly 100 years old, was the first researcher to identify the type of fat that really does cause clogged arteries. It was, of course, trans fat.

In 2009, Dr. Kummerow filed a citizen petition with the US Food and Drug Administration (FDA) calling for a ban on synthetic trans fats. He wrote, “Trans fat calcifies both the arteries and veins and causes blood clots. Trans fat leads to the reduction of prostacyclin that is needed to prevent blood clots in the arteries. A blood clot in any of the coronary arteries can result in sudden death.”

Where does trans fat appear?
This type of fat is commonly found in fried foods, such as french fries, fried chicken, and doughnuts, as well as cookies, pastries and crackers, frostings. According to the FDA, it also is used in some snack foods, such as microwave popcorn, frozen pizza, vegetable shortenings, and coffee creamer.

Does “0 trans fat” really mean “0 trans fat”?
Although the FDA formally banned trans fat on November 7, 2013, the answer is still “No”. Even though products or servings may contain up to half a gram of trans fat, the brands are allowed to round down the official total to zero and state that product or serving has "0 g trans fat”.

So check the ingredient label to see if "partially hydrogenated oils" or “vegetable shortening” is on the list - that means trans fat is present and you should probably buy something else.

What’s your best plan of action?
Cut out all processed foods containing trans fat, and encourage others to do so as well. Replace these with foods rich in omega-3, a good and healthy type of oil, found in foods such as coconut and MCT oil, olive oil, avocados, raw nuts like almonds and pecans, and organic butter (grass-fed cows). Other sources of good oils include flax and chia seeds, walnut oil, sardines, salmon, halibut, avocados, and virgin cold-pressed olive oil.

Balancing your omega-3 to omega-6 ratio is also key for heart health. Omega-6 fatty acids can only be obtained through food. They help build the cells in your arteries that make the prostacyclin that keeps your blood flowing smoothly.

Remember that trans fat is still a menace, that can cause sudden death - reading food labels has never been so important as it is now - and so you can avoid one of the worst man-made toxins.