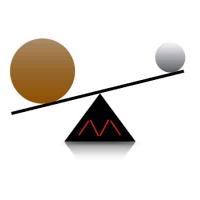 Those who suffer from migraines are only too familiar with throbbing temples, aching eyes, and even nausea, vomiting, and a hypersensitivity to light. At times, they can experience a pressure so intense that it feels like their head is about to explode.

In the United States, more than 37 million people suffer from migraines while an additional 2-3 million endure these types of symptoms chronically. Some studies estimate that 13% of the U.S population experience migraines. Meanwhile, according to a Statistics Canada report, an estimated 8% of the adult population of Canada— nearly 2 million people— have received a clinical migraine diagnosis.

New thinking and research
Many doctors today have begun to establish a link between excess copper in the body and migraines.

According to Dr. Lawrence Wilson in Arizona, “High copper levels are probably the most common biochemical cause of migraine headaches.”

Definition of terms
Minerals are usually perceived to be nutrients. For the purpose of this article, the difference between “micro-minerals”, “macro-minerals”, and “heavy metals” is related to: (1) the relative levels at which these minerals exist, i.e. very small, small, or in excess; (2) the type of mineral, i.e. organic (absorbable) or inorganic (in-absorbable); and (3) the effect on the body, i.e. nutritious, neutral, or toxic.

“Heavy metals” as used here refers to minerals, usually inorganic, such as cadmium, mercury, lead, copper, and aluminum. All are notoriously toxic, i.e. poisonous, especially when allowed to accumulate in the body. With some minerals, such as copper and manganese, the potential for toxicity is a question of volume and the type of mineral (organic or inorganic); with others, such as mercury and lead, there is absolutely no safe level at all — they are fundamentally poisonous to the body.

Why do we need copper?
Of the various minerals needed, the human body uses organic copper, albeit in microscopic amounts, for normal growth and health. Organic copper is a critical component in creating red blood cells.

Organic copper as a trace mineral, or micro-mineral, can be found in most natural foods and healthy people. As an organic mineral, it contains carbon and once was a living organism.  As with other essential minerals in the body, copper has a corresponding mineral to stay in balance, and that mineral is zinc. When zinc levels are low, doctors and medical researchers have noted there is often a correspondingly high level of copper.

Can we have too much?
If present at a level higher than the body needs, even organic copper becomes toxic, while inorganic copper is toxic already. Both forms can cause nausea, vomiting, diarrhea, migraines, kidney damage, anemia and even death.

Dr. Paul Eck and Dr. William Risley, among others, have written about the effects of the excessive accumulation of copper in the body and how it contributes to migraine headaches.

The effects of copper toxicity can be compounded by the presence of other heavy metals. This was explained by Dr. Hal Huggins of Colorado after he discovered the impact when more than one heavy metal is involved:

“Combination of substances in toxicology can be greater than the sum of the parts: with lead and mercury, for instances, a toxicity rating of 1 for each mercury and lead equals not 2, but 60 – when combined.”

Where do we get copper from?
Diet - whether we are aware of it or not, we are exposed to copper on a regular basis. Copper is found in many foods, particularly vegetarian proteins such as nuts, beans, seeds, grains, and even chocolate. Copper compounds found within some fungicides and pesticides can leave a residue on foods, increasing our exposure to toxic levels of copper.

Environment - Regular use of pools and hot tubs can increase copper levels due to copper compounds being added to the water to prevent fungus and algae growth. Other sources are copper pipes and copper traces in the water supply itself.

Lifestyle - In addition to food and water, other sources of exposure include copper cookware, dental fillings, vitamins, jewelry, copper intra-uterine devices (IUD’s) and birth control pills. Some occupations, such as plumbers and electricians, may be excessively exposed to copper in the workplace.

What prevents us from eliminating excess copper?
Copper is excreted through normal bodily functions, such as bile production and the liver. However, for some, eliminating copper may be difficult, mainly due to a slower metabolism. For example, the inherited disorder “Wilson’s disease” has this effect. When copper elimination is a problem, the result can be a steady accumulation of copper in the cells and tissues.

Even healthy bodies may begin to store copper instead of eliminating it. This can be the result of stress, high acidity, lifestyle factors, and the compounding effect of other heavy metals.

Micro-minerals, or trace minerals, such as copper, are present in most natural foods and healthy people and are required by the body in very small volumes. Macro-minerals such as calcium, magnesium, and zinc are needed in greater amounts, to carry out critical bodily functions, such as enzyme function and production of hormones.

When the body cannot get enough of the essential micro- and macro-minerals needed, the body goes out of balance causing illnesses to occur.

The impact of mineral imbalance
When your body is deficient in minerals, it will attempt to redress the imbalance by substitution or replacement.

Studies have shown that when the body is deficient in one mineral, it erroneously interrupts the normal elimination of other minerals, and attempts to use them as a substitute for the minerals it needs.

When the body realizes that it is unable to use these excess minerals, it stores them in the cells and tissues instead. As the volume of accumulated minerals increases, the body begins to experience their toxic effects. At this point, the body may begin to manifest symptoms of acute and chronic illness, such as migraines, as a result of excess copper.

Supplements and the treatment of migraines
Many functional and progressive doctors recognize this mineral imbalance as a source of migraines and prescribe supplements to alleviate suffering. They advise taking magnesium or zinc supplements to help restore the balance. For example:

Zinc - when your body lacks in zinc, it is frequently replaced by cadmium, which tends to accumulate in the kidneys. High cadmium levels have been linked to thickened arteries and atherosclerosis. This can result directly in migraines, which are often caused by poor microcirculation, particularly in the neck and brain region.

Magnesium is replaced by aluminum, which induces neurochemical changes and has been identified as a contributing factor in the development of Alzheimer’s. In fact, Dr. David Williams of Texas suggests, “One of the most commonly overlooked migraine triggers is a magnesium deficiency.”

Numerous studies have established a link between low levels of magnesium and an increase in migraine episodes. Recently, one group of researchers concluded that patients experienced a significant reduction in migraines following the administration of oral magnesium.

Going to the cause
As we have seen, copper in the body, having accumulated from a variety of sources and for many reasons, is a significant factor in migraines. The long-term solution lies not only in essential mineral rebalance by increasing the intake of zinc and magnesium, but also in reducing the accumulating levels of copper. Unless addressed at the outset, toxic amounts of copper are and will continue to be a major cause of an essential mineral deficiency.

When an excess of copper is correctly identified as the cause, it can be addressed by:

For more information about the connection between toxicity and migraine headaches, and further references to copper and the effect on women, see "Migraines or toxic headaches."

To learn more about the importance of detoxification, see "Why clearing toxicity matters so much."