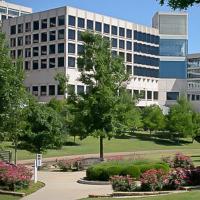 Dr. W. Lee Cowden, MD, from the University of Texas Medical School, makes the connection between toxicity and Lyme disease:

“The most important thing we've learned is that if you don't continue to work on getting the physical toxins out of the body, the few remaining microbes that can survive the aggressive therapy with herbals or pharmaceuticals, or whatever is used, those surviving microbes will usually re-grow and form a completely new population of Lyme-related microbes in the body because of the toxins stimulating their re-growth”.

Dr. Cowden is board certified in internal medicine, cardiovascular disease, and clinical nutrition. He is currently teaching seminars to help medical practitioners treat their patients with Lyme disease.

Reducing the impact of Lyme disease: Our research found that those in Europe who have contracted Lyme disease experienced not only a reduction in toxicity but also a comparable increase in wellness. Freed from an accumulation of internal toxicity, the cleaner they became, the better they felt. Some described themselves as “feeling like they no longer had Lyme disease”.

Heavy metals and mercury: As you can see from Dr. Cowden’s comments, there may be a strong link between Lyme disease and toxicity. Research scientists are beginning to see a connection with heavy metals. As people becomes sicker, their levels of toxicity increased; this has been accompanied by an increase in heavy metal poisoning.

Research indicates that mercury may be even stored inside a spirochete or bacterial colony intentionally as a form of defense from the immune system. So, as the colony is killed off by traditional or alternative therapies, mercury is released which causes further health issues.

Since heavy metals and mercury cause the body’s immune system to weaken, this adds a further healing complication for those with Lyme (or any other disease). They have a more difficult time detoxifying, as their immune system is becoming increasingly compromised.