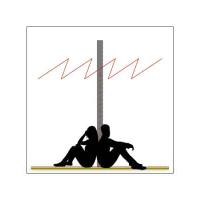 No problem… or is it?

A weakness of arguments about how given products are not proven to damage health, such as pharmaceuticals, cigarettes, or electronic devices, is that they have been tested in isolation. Normal, healthy people are invariably used in tests, which only study short-term effects, and are inevitably carried out directly or indirectly by the producer or manufacturer.

These tests fail to account for the more sensitive and already ill members of society as well as the combined adverse health effects of other environmental, lifestyle, and diet factors.

Let’s take a closer look at EMFs, or ElectroMagnetic Fields, which are produced by the technology industry, one the largest industries in the world. To begin understanding the significance of EMFs, we must first consider the human body.

Why does the body use electricity?
All bodies contain electricity, referred to as “bioelectricity.” In 1786 Italian physician and scientist Luigi Galvani first noted electricity in animal tissues. Today, Galvani is credited for identifying the role of electricity in humans and for laying the foundation for neuroscience and electrophysiology, the study of the electrical properties of biological cells and tissues.

In 1963, Sir John Eccles from Australia, Alan Hodgkin and Andrew Huxley, both of the University of Cambridge, were awarded the Nobel Prize for unravelling the biophysical mechanism. They observed that nerve cells communicate by means of electrical pulses, giving orders to muscles and glands in the body.

This is further explained by researcher and author Dr. Robert Becker In his book “The Body Electric” where he demonstrated that our cells actually communicate with each other via bioelectrical signals and electromagnetic fields.

Further observations by doctors and scientists, confirmed that the body relies on its own balanced use of electricity. The healthy human body resonates at about 62-72 hertz. We are affected by frequencies above that, causing biological stress and even serious tissue damage, leading to health problems.

Before we get into the specifics of the effect of EMFs on the body’s own internal use of electricity, let’s spend some time on EMFs themselves.

What are EMFs?
ElectroMagnetic Fields (or Forces) are invisible lines of energy force, such as those produced by electrical or wireless devices. There are two types of EMFs: low frequency (electricity and appliances) and very high frequency (wireless devices).

As we have learned from physics, signals can be affected by other signals, even blocked altogether by a process referred to as “jamming.” As far as the body is concerned, the effect of external EMFs on the body has been acknowledged by the World Health Organization when it stated in its EMF Project that:

We are all subjected to EMFs constantly, whether natural or manufactured, ranging from the natural energy of the sun through to the radiation produced by wireless devices. Smartphones are of particular concern since they emit EMFs from both the antenna and the body of the phone.

By simply using an electromagnetic meter yourself, you can see the virtual explosion of energy that occurs when using a smartphone or a remote handset.

How do external EMFs upset the body?
Born with its own natural EMF, the body’s given level of electricity usually works in harmony with the earth’s electromagnetic field. However, when the body becomes exposed to external EMFs, that natural balance can be disturbed because the body’s metabolism and homeostasis are affected by external EMFs.

In his book Cross Currents, Dr. Robert Becker, twice nominated for the Nobel Prize in Medicine, discovered that when you expose a bacterial culture to abnormal electromagnetic fields, the bacteria believe they are being attacked by your immune system and start producing much more virulent, poisonous toxins as a protective mechanism.

Mold, as with other microorganisms, can also react in high EMF environments. One study shows mold produces 600 times more poisonous neurotoxins in a high electromagnetic environment.

As you can see, your body’s natural detoxification system, the immune system, is going to have more difficulty in protecting you. Your body's immune defences become incapacitated and overwhelmed, allowing the microorganisms to multiply and thrive unchecked.

With external EMFs, the situation can become much worse when the body has a lifetime accumulation of heavy metals. Toxic metal-laden regions of the body are more vulnerable and constructed by the lack incoming fresh blood, nutrients, and oxygen. These conditions foster the growth of anaerobic bacteria, fungi, and viruses.

Why do “heavy metals” worsen the effect of external EMFs? What can be done to protect us? What can we do about it? For answers to these questions see the next post: “EMFs - what can be done?"