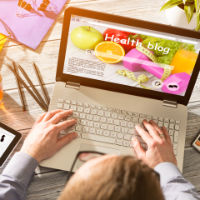 ”Some doctors specializing in Candida treatment have reported that they have discovered clinically that 98% of their patients with chronic Candida also had mercury toxicity.”

So writes Dr. John P. Trowbridge of Humble, Texas, in his book “The Yeast Syndrome.”

Dr. Trowbridge continues, “I do know this, if you have high mercury levels and you don't fix this problem, you will never get rid of your Candida."

Michael Biamonte, of the Biamonte Centre for Clinical Nutrition in New York, tested the mercury levels in his patients who experienced various illnesses. His tests revealed that 84% of his patients with Candida had elevated mercury levels and that they were 60% higher than normal.

Science and medicine are now revealing that almost all people that suffer from chronic or systemic Candida have high mercury levels.

So we know that there is a connection but which comes first? What is the nature of that connection? Let’s first begin with Candida.

Candida
Fatigue is one of the most common problems for which people seek help from a physician. But tests often fail to explain “why?”. It is not generally known that health disorders can be caused by yeast infections, commonly known as Candida.

Some experts estimate that as much as 50 to 80 percent of the American population are suffering from a mild to severe Candida-related illness and that 80 to 90 percent of Candida-related-illness sufferers are women of childbearing age.

Candida and the “leaky gut syndrome."
The growth of Candida, resulting in poor health is commonly due to an overgrowth of yeast created by a diet of excessive sugar and carbohydrates, as well as the overuse of antibiotics. These two factors cause yeast to invade the GI tract and create what is known as “leaky gut syndrome” where increase the permeability of the intestinal wall causes the contents to “leak” into the bloodstream.

Dr. Carolyn Dean, of Kihei in Maui, points out that “The ratio of Candida organisms to bacteria in the gut is supposed to be 1:1,000,000, but in many people, it is the other way around. One thing that happens, because of the leaky gut syndrome, is that the toxins filter through the intestine walls from the stomach, and all of that is going to be spread throughout your entire system. “

What is the connection with mercury?
Several different courses of action can cause yeast to build. Taking antibiotics, especially tetracycline, often prescribed for acne, can actually promote yeast growth; taking birth control pills can also cause yeast growth.

The immune system usually deters the growth of yeast, but it has been discovered that where there is an accumulation of mercury in the body, this suppresses the immune system and causes systemic communication problems.

Impact of mercury on Candida
Dr. Mark Sircus, of Brazil, explains more about the significance of mercury and how it is related to Candida:

“Mercury vapors from dental fillings play havoc on the body through a host of means, the least of which is to feed the bacteria, fungi, and yeasts that thrive on mercury. Mercury will promote the growth of Candida, though as it absorbs the mercury, it thereby protects the system to a certain extent from its toxicity - until they are saturated then they begin to re-release the mercury in organic form.”

“Mercury fed Candida become more and more virulent and eventually penetrates the intestinal walls and invades the cells. These fungal microorganisms become quite at home in the cell, and can easily be considered a principle characteristic of cancer”.

“It is very difficult to say which came first, the yeast buildup or the low-level mercury toxicity. The most prevalent theory is that low-level mercury toxicity causes some degree of suppression of the immune system, making it easier for the yeast to proliferate in the human body. This process is especially true in the gastrointestinal tract and in the vaginas of particularly sensitive women.”

More about Mercury
Dr. Lars Friberg, Chief Adviser to the WHO on mercury safety, believes that “There is no safe level of mercury, and no one has actually shown that there is a safe level.”

As we have mentioned previously in our blogs, the most common source of mercury accumulation is from amalgam dental fillings. Other sources include:

Eating - fish, such as swordfish, shark, large tuna (sushi tuna, albacore), king mackerel, and tilefish are the ones containing the most mercury the most mercury. Atlantic salmon and shark also contain high mercury levels.

Absorbing - some products through the skin, containing Thermosal as a preservative. Antiseptic gels, contact lens solutions, hemorrhoid creams, lubricating gels, and vaginal contraceptives all contain some measure of mercury.

Breathing - Fluorescent lights contain a high amount of mercury vapour. If you are around one when the glass tube is broken, you may have breathed in the resulting gas. Other sources can be found in environmental air pollution or acid rain from coal-fired power plant emissions. Even the red ink used for tattoos contains mercury sulfide as the coloring agent.

Testing for mercury
This is not an easy task because once mercury enters the body, it buries itself deep within the organs and the soft tissues. It does not circulate freely in the blood, or the urine, or even accumulate in the hair, so conventional methods of testing for foreign substances in the body are not accurate.

The more reliable method of testing for mercury is the “Provoked Urine Challenge.” A special agent is used to release the mercury from the body tissues into the bloodstream where it is eliminated by the kidneys through urine, which can then be measured.

How do you reduce your mercury levels?
At the end of the day, you know by your own internal experience whether you are feeling right or not. No one outside yourself can tell you that your discomfort “it is all in your head.” You are the expert about your own body and it is up to you to take action that really does make a difference in how you feel.