Heavy metals - what are the doctors saying? 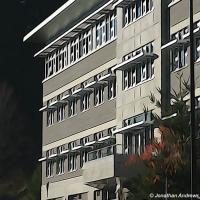 In recent blogs, we have concentrated on specific health conditions and included direct quotes from doctors and health organizations.

A consistent pattern of information from these sources answers a series of fundamental questions.

Listed below are the questions, paraphrased quotes, and links to the original blogs:

Why are heavy metals and toxicity harmful to health?

# Heavy metals explain most of the previous origins of disease. Your body stores them because it cannot neutralize them - Dr. Joseph Hickey, MD in “Heavy Metal toxicity - a reversible dementia.”

# The primary cause of disease is the accumulation of unnecessary wastes and poisons - Dr. Eldon Haas, MD in “Does toxicity accelerate aging?” and “Heavy Metal toxicity - a reversible dementia.”

#The immune system is affected by heavy metals, in addition to other stressors, and toxic muscle cells display a lack of energy - Dr. Stefan Kuprowsky, ND in “Fibromyalgia - effective relief”.

# This US agency is in no doubt about the potential harm of mercury, especially affecting women of childbearing age - US Environmental Protection Agency in “Flu season - a new focus.”

# An international health agency is clear that no-one has been able to show that there is no safe level of mercury - World Health Organization in “The Candida mercury connection” and “Flu season - a new focus.” This same agency is very specific about the dangers of lead by stating the injuries caused by this heavy metal are usually permanent - World Health Organization in “Gout - recovering the balance.”

# A well-known doctor questions mercury-based injections on the grounds that this heavy metal is notorious for being unsafe to breathe or ingest - Dr. Joseph Mercola, MD in “Flu season - a new focus.”

# Copper is no less of a problem as it has been identified as the most common cause of migraines - Dr. Lawrence Wilson, MD in “Migraines, or toxic headaches?”

How do we accumulate heavy metal toxins? Authoritative sources are clear that many heavy metals are, without a doubt, harmful to health. If we don’t get rid of them, they accumulate. So where do they come from?

# The most common source to date of mercury is in amalgam fillings - Dr. Gary Verigin, DDS in “Mercury toxicity and children.”

# The environment and individual lifestyles contribute to the accumulation of heavy metals in a variety of ways - Dr. Jason Godo, DC in “Rheumatoid arthritis, or toxicity problems?”

# Exposure in the environment to fumes of all kinds is a commonly known source, but not so commonly known is the use of over the counter medications - Dr. Charles Matthews, MD in “Migraines, or toxic headaches?”

# Unless the body can get a good sleep and repair itself, it cannot prevent the accumulation of toxicity - Dr. Mark Wiley, Ph.D., OMD, MSM in “Recover your sleep problems.”

# Chemical pollutants all cause damage at the cellular level. They are stored in fat cells to prevent them from being circulated in the blood - Dr. William Kellas, Ph.D. in “Your thyroid and your health.”

What happens if we accumulate more than one? This is a very important question because the combined effect of heavy metals is dramatic, in more than one way.

# People are no longer getting sick from just one or two toxins - this causes a problem when it comes to diagnosis - Tom Moorcroft, DO in “Fibromyalgia - effective relief.”

Autism - the increase in autism rates has been linked to industrial pollution - Sonya Doherty ND. The increase in autism rates in the US over the last 30 year has been highly significant - Stephanie Cave, MD. A correlation has been established between immune system malfunctions in autism and mercury toxicity - Dr.Jane El Dahr, MD. The toxic effects of mercury go beyond autism to several different diseases - Dr. Robert Nash, MD. All can be found in “Autism and Toxicity.”

Candida - mercury promotes Candida, causing it to become much more virulent - Dr. Mark Sircus Ac., OMD, DM (P). It is now commonly believed that mercury can suppress the immune system, making it easier for the yeast to proliferate - Dr. Scott Fogle, ND. If mercury levels are not reduced, it will be impossible to eliminate the Candida problem - Dr. John P. Trowbridge (MD). All can be found in “The Candida mercury connection.”

Chronic Fatigue Syndrome (CFS) - this doctor suffered from CFS and was able to recover by eliminating the high levels of mercury - Dr. Mark Hyman, MD in “Auto-immune disease - what and why.”

Fibromyalgia - without exception, all fibromyalgia cases examined were found to have heavy metal toxicity, and in several cases, there was more than one heavy metal involved - Dr. Arlan Cage, ND. After six years research, this physician concludes that both fibromyalgia and chronic fatigue are linked to high levels of mercury, cadmium, lead and bismuth - Dr. Joseph Hickey, MD. Both can be found in “Recovery from Fibromyalgia.”

# If a treatment plan does not include a detoxification component, recovery is likely to be incomplete and take much longer than it needs to - Dr. Gary Kaplan, DO in “Rheumatoid arthritis, or toxicity problems?”

Why does this confusion arise? Quite simply, heavy metal toxicity is not typically part of formal, mainstream training and therefore knowledge and awareness cannot flow through to healthcare providers.

# Most clinicians are unlikely to suspect heavy metal toxicity as a cause because there is a general lack of knowledge in the medical community - San Francisco Preventative Medical Group in “Heavy Metal toxicity - a reversible dementia.”

# The study of toxic metals is not emphasized in medical schools and so these causes of disease are given little attention in mainstream medicine - Dr. Lawrence Wilson, MD in “Fibromyalgia - effective relief.”

# Physicians don’t look for environmental causes because it’s not part of their training - Dr. Albert F. Robbins, DO in “Rheumatoid arthritis, or toxicity problems?”

# When damaged by exposure to environmental pollution, restoration can be achieved by detoxification - Dr. Leon Chaitow, ND, DO, MRO in “Does toxicity accelerate aging” and “Heavy Metal Toxicity - a reversible dementia.”

# Detoxification is vital to the body’s ability to rejuvenate itself, and this should be supported - Dr. Isaac Eliaz, MD in “Body burden - what is it?”

# Detoxification is critically important to work hard on if you want to get toxins out of the body - Dr. W. Lee Cowden, MD in “Lyme disease linked to toxicity and mercury.”

# If the problem is toxicity, then the solution is detoxification - Dr. Lyn Hanshew, MD in “Sleep problems - the long-term impact.”

# Cleaning out your body on a regular basis is the best way as you can’t avoid exposure to all toxic chemicals - Dr. Joseph Mercola, MD in “Losing weight - a new perspective.”

As we can see, when viewing the above comments in relation to the fundamental questions, heavy metal toxicity is harmful, it can be accumulated, the effect can be much greater when compounded, it can either cause, prolong, or mimic conventional health conditions, and mainstream medicine has yet to develop an awareness of heavy metal toxicity.