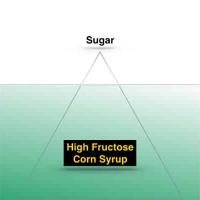 Can diet be linked to sickness, fatigue, and depression? Quite simply, yes.

The body is a highly complex system, and it needs a diet of good quality energy, just as an auto needs good quality fuel. If the body does not receive the energy it needs, it experiences a gradual process of degradation. As we are all different, that process in some may be very gradual, in others, it may be much faster.

The diets we follow today are likely the same, maybe with some modification, as those we followed when we were young. Not surprising really, considering that was when our taste buds formed. For baby boomers it was simple, there was savoury, and then there was sweet, and that involved a decision at the table. However, the foods that made up diets then are not the same as the foods produced today. That decision over savoury or sweet has moved upstream to the grocery store.

You may have heard, “Eat the foods on the outside aisles, but don’t eat the items on the inner aisles.” The reason is that the inner aisles are typically full of packaged, processed items, containing toxic chemicals, preservatives, and various forms of sugars. These items are adversely affecting our health in multiple ways, and the most notable of them are sugars.

A bitter pill to swallow, but increased consumption of sugar is identified as a key cause of sickness, fatigue, and depression. We are going to explain why.

Are we really consuming that much more sugar today?

How much sugar should we be consuming? The maximum daily intake recommended by the World Health Organization for adults is 6-9 teaspoons, or 24-36 grams, of sugar per day, while children should eat no more than between 3-6 teaspoons, or 12-24 grams, of sugar per day. It’s disturbing, however, that many of us are eating much more than that without even realizing it (maybe that’s why we feel not so good afterwards).

Where is all this sugar now coming from? If you want a really dramatic example, a large bottle of Mountain Dew soda (591 ml) contains 18 teaspoons, or 77 grams of sugar - more than twice the maximum amount recommended by the WHO for sugar to be consumed for a whole day. Even a can of regular Coca-Cola contains 36 grams or 9 teaspoons of sugar.

What about foods we don’t usually think of as sweet treats? A tablespoon-size serving of ketchup has 4 grams of sugar, which is more than a typical chocolate chip cookie.

Even foods we think of as healthy alternatives, such as granola, are loaded with hidden sugars. A half cup of granola has over 14 g of sugar! That’s more than three teaspoons of sugar or 3 chocolate chip cookies.

We could continue with examples, but the above serve to illustrate the point that we are, on average, consuming too much sugar and that sugar comes from a variety of sources, some that are obvious and some that are not.

Experts have no doubt that we are consuming more and more sugar. For example, Dr. Mercola:

“Sugar, in my opinion, is one of the most damaging substances that you can ingest and what's terrifying about it is that it's just so abundant in our everyday diet. This intense addiction to sugar is becoming rampant, not just among adults, but in children as well.”

Why does sugar cause the damage it does?

Research from some of America's most respected institutions now confirms that sugar is a primary dietary factor driving obesity and chronic disease development as well as:

Tooth decay - It is the acid in sugar that attacks your teeth. With increased consumption, compounded by a lack of effective dental hygiene, the result is tooth decay.

Body decay - Sugar provides the body with empty calories, that is energy without nutrition. The Centre for Disease Control found that increased consumption of added sugars is linked to a decrease in intake of essential micronutrients and an increase in body weight. This means that despite eating more calories, we lack in nutrients. The lack of nutrition means that the body is not getting the fuel it needs. As a result, your health begins to decline, you put on weight, and you feel increased fatigue.

Brain decay - The British psychiatric researcher, Malcolm Peet, conducted a study on the relationship between diet and mental illness. He uncovered a strong link between high sugar consumption and the risk of both schizophrenia and depression.

It’s not only the sheer amount of sugar we consume that’s making us sick, but also the form.

Is there more than one sugar? Yes, there is, but remember that sugar is still sugar, whatever the source. (No matter the form sugar takes, you can still have too much).

Sucrose, known as table sugar, comes from sugar cane, sugar beet, fruit, and vegetables. When the body consumes sucrose, it is in a 50-50 glucose to fructose ratio: it takes all of the glucose, which it needs, and part of the fructose for excess energy, the balance it turns into fat.

High-Fructose Corn Syrup (HFCS)  is a processed sweetener made from corn starch. It contains a 55-45 fructose to glucose ratio. HFCS is 20% sweeter that sucrose and is cheaper to produce, but it takes much more of the body’s energy to be absorbed.

People are consuming excessive sugar in the form of fructose or high-fructose corn syrup (HFCS). HFCS is found in almost all types of processed foods and drinks today.

In Canada, consumption of beverages containing fructose rose 135 percent between 1977 and 2001. Since the late 1990s, sugar has been fully replaced by HFCS in almost all sweetened beverages in Canada.

This switch has drastically altered the North American diet. If you purchase packaged foods, keep an eye out for the amounts of sugar on the label.

When you eat HFCS, it is metabolized to fat in your body far more rapidly than any other sugar. To make matters worse, the corn used to create high fructose corn syrup is almost always genetically modified, which raises some additional health concerns.

One study found that fructose is readily used by cancer cells to increase their proliferation. This form of sugar "feeds" the cancer cells, promoting cell division, and speeding up their growth, allowing cancer to spread faster.

A growing body of research found a powerful connection between a high-fructose diet and your risk of developing Alzheimer's disease - also called diabetes 3 because the brain is insulin-resistant - through the same pathway that causes type 2 diabetes.

In addition to fructose, be wary of sugar substitutes and artificial sweeteners, such as Splenda, saccharine, acesulfame potassium, and aspartame. Though advertised as healthier options to help us lose weight, an increasing number of studies show sweeteners may be no better for us. In fact, a recent study showed that obese adults who drank diet drinks actually consumed more calories than their counterparts who drank the sugary alternatives!

According to Dr. Sally Norton, the first female weight-loss surgeon in the UK,“Our body isn’t stupid – if we have artificial sweeteners with no energy content it is still looking for energy sources elsewhere, and we may then eat more than we have saved by having the artificially sweetened product in the first place.”

Dr. Vincent Pedre, MD is equally critical of artificial sweeteners, "Artifical sweeteners have been shown to increase the risk of diabetes. They cause weight gain and insulin resistance, as well as increase cardiovascular distress and strokes."

"They are worse than having sugar."

The Next Step Clearly, too much sugar is not good for you, but what is the difference between natural, or intrinsic, sugar contained in fruits and vegetables, and processed sugars? Intrinsic sugars are organic, containing fibre, anti-oxidants, vitamins, minerals, photo-chemicals, and nutrients.

When we consume intrinsic sugar the rate of release is slow. The human body is accustomed to managing this type of sugar. For example, there is between 1 - 10 grams of sugar in a piece of fruit, compared to 36 grams of sugar in a Coca-Cola drink which can strain the liver.

Our body is simply not designed to handle large, sudden amounts of fructose and so it processes them into fat which passes through to the liver where it can eventually cause liver disease.

The next step towards feeling better ought to be clear and that is simply is to reduce the amount of sugar we are consuming and to fill the energy gap by improving our diet. See “Diet: eating better, feeling better.“